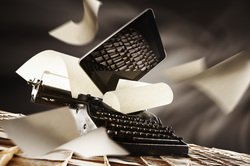 The Griffin Brothers (2014):: New Adult brothers Scott (hot, tattooed computer nerd), Ryan (alpha architect), Owen (sexy and sarcastic artist), and Luke (college student who plays in a hockey league). There were also novellas for their tattoo artist friend, Zane, and their niece, Alex, as well as a Valentin'e novella in 2015. 4 books and 3 novellas.

Corrigan & Co. (2015): Romantic Suspense like Charlie's Angels with a secret society of women. Ten spies and the men they fall in love with: athlete, chef, boy band singer, teacher, cowboy scientist, fighter, prince, bartender, actor, and ex-military businessman. There was also a Society Weddings novella. 10 books and one novella.

Society Girls (2016): Series following new recruits to the Society. Each book shows a different part of training as these new spies-in-training fall in love while trying to hold onto their place in this elite organization. 10 books in the series.

Company Men (2017): A requested series about some of the brothers and friends of the Society women. This one focuses more on the actual Corrigan & Co. side of things, instead of just the Society. There will be 8 books total.

A Kiss is Just a Kiss: Stand-alone Romantic Comedy from the male POV, focusing on a man and his quest to determine if kisses really matter or not in order to leave the family business.

Activate: YA Sci-Fi about a group of teens who were genetically created, to have the characteristics of great spies and detectives from books, movies, and TV. They are "activated" when the government needs them.

Burn Series (current): Modern day witches coming together in the town where their ancestors were burned at the stake to bring balance to the world.

The Maids (current): Bridesmaids for hire who solve mysteries.